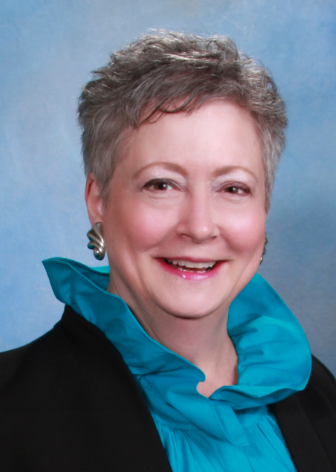 Judge Elinore Marsh Stormer graduated from Davidson College’s Honors College. She received her Juris Doctorate from The University of Akron School of Law. Judge Stormer practiced law in the private sector until 1989 when she was appointed General Counsel to the Summit County Executive.

In 1991, Judge Stormer was elected to the Akron Municipal Court and re-elected in 1993 and 1999. She started the first Municipal Drug Court and the first Mental Health Specialty Court in Ohio, and has been a leader in bringing the concept of “therapeutic jurisprudence” to Ohio. In November 2004, Judge Stormer was elected to the Summit County Court of Common Pleas.

As a judge, she has led the effort to provide specialized treatment for offenders.  In the Court of Common Pleas, she began a model Reentry court to help offenders returning from prison become productive citizens.  In keeping with her commitment to intelligent sentencing and a “smart on crime” approach, in September 2006, she began Summit County’s first Reentry Court to assist felons returning from prison to become law-abiding citizens. She was reelected in 2010.

The General Division Judges elected Judge Stormer as Administrative Judge for 2007, 2008, and again in 2009. In this position, she oversaw the budgetary and personnel matters for a court of 157 employees and a budget of $13 million in addition to maintaining her docket.

After her 2012 election to Summit County Probate Court, Judge Stormer started a Mediation Program and a free Help Desk. Consistent with other Probate Courts, she created the Senior Visitor and Volunteer Guardian Programs, both serving indigent wards under this Court’s jurisdiction.

In January, 2016, Judge Stormer began the New Day Court, the first of its kind in Ohio, to help those under civil commitment avoid return to the hospital by providing a path to recovery for the severely mentally ill.  Judge Stormer currently serves on the national Board of Directors of the Treatment Advocacy Center, a U.S. non-profit organization dedicated to eliminating legal and other barriers to the effective treatment of severe mental illness.  New Day Court has quickly become a national model with visitors from across the state and country attending the court to learn best practices.

Among others, Judge Stormer serves as a board member of the Akron Children’s Hospital. She is currently a member of the Probate Section of the Ohio Judicial Conference. In the past, she has served the Boards of Women’s Network, Weathervane Playhouse, Oriana House Advisory Board, and The Salvation Army Advisory Board as well as the Supreme Court of Ohio Advisory Committee on the Mentally Ill in the Courts, and numerous other community organizations.

Judge Stormer has received many community awards including the 2018 Russ Pry Community Leader of the Year Award from The Summit County Developmental Disability Board, the Mature Services SOAR/Ed Kaufman Leadership in Aging Award in 2017, the 2016 Akron Bar Association Liberty Bell Award, the 2015 Woman of Achievement Award from Women’s Network, the 2014 Pinnacle Award of Summit County and the Spirit Award from Stewart’s Caring Place. In 2013, she received the Outstanding Alumni Award from the University of Akron Law School and the Fred Frese Advocacy Award, the ATHENA Award for Leadership, the HEROES Award from the National Alliance on Mental Illness, the statewide OCCO C. J. McLin Award, the Urban Light Award for Public Service, the Fred Frese Advocacy Award, the 2013 Outstanding Leadership Award from Mental Health America of Summit County and the Public Official of the Year Award from the DAR.